How to survive in the Microgrid Future

The traditional role of an electric distribution operator is losing relevance as the penetration of distributed energy resources (DERs) rapidly increases. Microgrids are a growing reality which could potentially render traditional distribution systems obsolete as they are forced to compete against the growing benefits of this disruptive power distribution philosophy. To maintain a viable business model in the years to come, electric utilities need to prepare for the future.

A microgrid is a group of interconnected loads and distributed energy resources within clearly defined electrical boundaries that acts as a single controllable entity with respect to the grid. A microgrid can connect and disconnect from the grid to enable it to operate in both grid-connected or island-mode.1

The business case for large-scale generation, transmission, and distribution is becoming weaker every day as DER penetration increases. Keeping a fixed connection to the grid still makes sense for most power consumers, but this is quickly changing. Enthusiasm for microgrids is increasing exponentially as lower costs and more control are stacked up against the threat of power outages and long-term rate increases from the electric utility.

Some market segments lend themselves more easily than others to the adoption of microgrids, with remote areas being top of the list. In situations where the transmission costs associated with connecting to the grid are prohibitively expensive, communities often depend on expensive fossil fuels for their energy needs. Microgrids offer an affordable alternative and are quickly becoming the go-to solution for geographically isolated power consumers.

Utilities interested in microgrids should keep their eyes on Alaska, as it is quickly becoming the proving ground for private sector microgrid investment due to its high number of isolated communities.

“There’s a lot of interest from companies in using Alaska as kind of a first-adopter, first-mover sort of market because our energy prices are higher, and so things work here today in ways that they don’t necessarily work from an economic standpoint in other places in the United States right now.”

Gwen Holdmann – Director of the Alaska Center for Energy and Power2

The case for privately operated microgrids largely comes down to economics. Adoption is starting in areas with excessively high energy costs and will eventually work its way down to replace cheaper energy systems until even the urban electrical distribution system will be on the chopping block. If utilities continue business as usual, the growing number of prosumers will force up distribution and transmission rates over time while the falling costs of microgrids will make them an increasingly viable alternative. 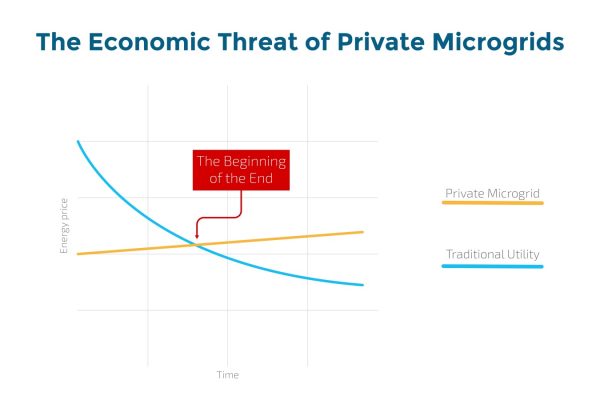 To make matters worse, tech startups and other new market entrants have a number of competitive advantages over utilities. Due to their small size and easy access to capital, ambitious young players can move faster and more decisively than the local electric utility. The fast pace of free-market competition leaves little room for the slow or inefficient, so electric utilities need to act quickly, or electricity distribution could be the next market to get ubered.(3)

In the current climate, it seems unlikely that a block of houses could get together to set up their own independent microgrid. Currently, the absence of a suitable regulatory and financial framework is holding back these endeavors; but as financial pressure mounts, these types of microgrids could end up getting regulated, financed, and built before you know it.

This possibility is worrying electric utilities across America, but what can be done to stay ahead?

Forward-thinking utilities are looking at ways to use microgrids to their advantage, harnessing their unique position in the market to give their customers the benefits of this technology directly from their trusted and long-term electricity provider.

At the 2017 DistribuTECH conference(4), industry leaders discussed the areas where utility-run microgrids already have a strong business case:

The electric utility has a clear-cut advantage over any competitor when it comes to industry knowledge and technical ability; however, utilities may be too locked in their ways to make meaningful inroads into microgrid technology before it’s too late. This is partly due to company culture, but there is also a very tangible issue holding back even the most enthusiastic companies: their software solutions.

The function of the electricity industry has not changed greatly over the past decades. In an inherently conservative industry which has experienced relatively slow technological and regulatory changes, many electric utilities have gotten by on legacy systems built to serve a fixed business model. As disruptive technologies and new distribution paradigms gain traction, these companies will need to update their systems if they want to play a key role in the microgrid sector.

Thankfully, it is easier than ever to upgrade to something better. Open Smartflex is a disruptive new technology built to help electric utilities quickly pivot into new markets and stay ahead of the game. With full support for core customer processes and field service management, this flexible and easily-extendible solution is the survival kit you need to come out ahead in the microgrid future. 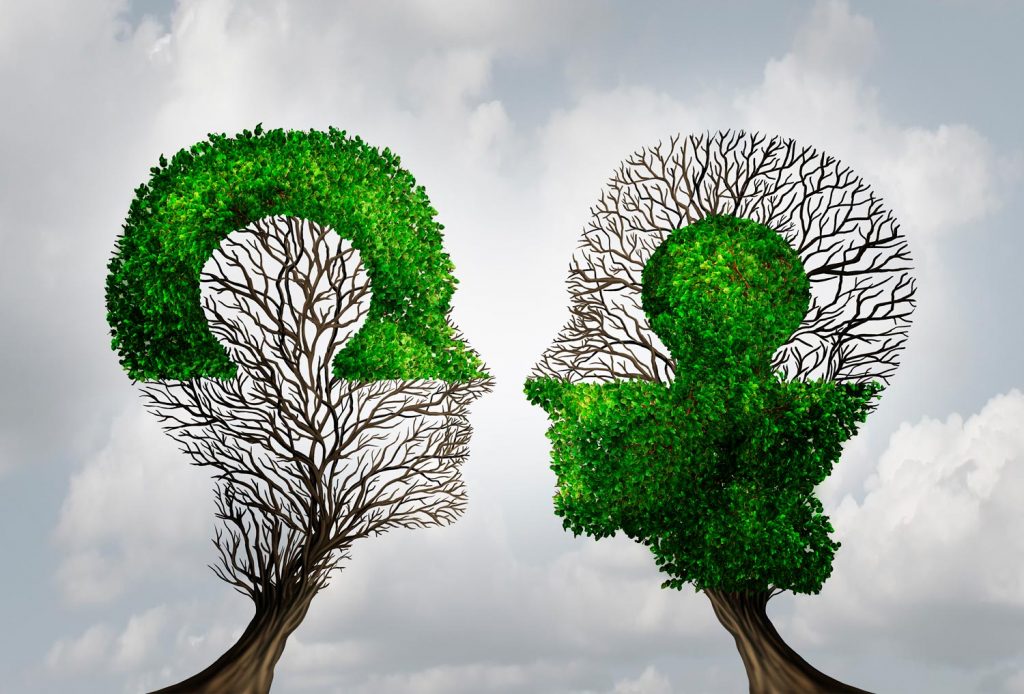 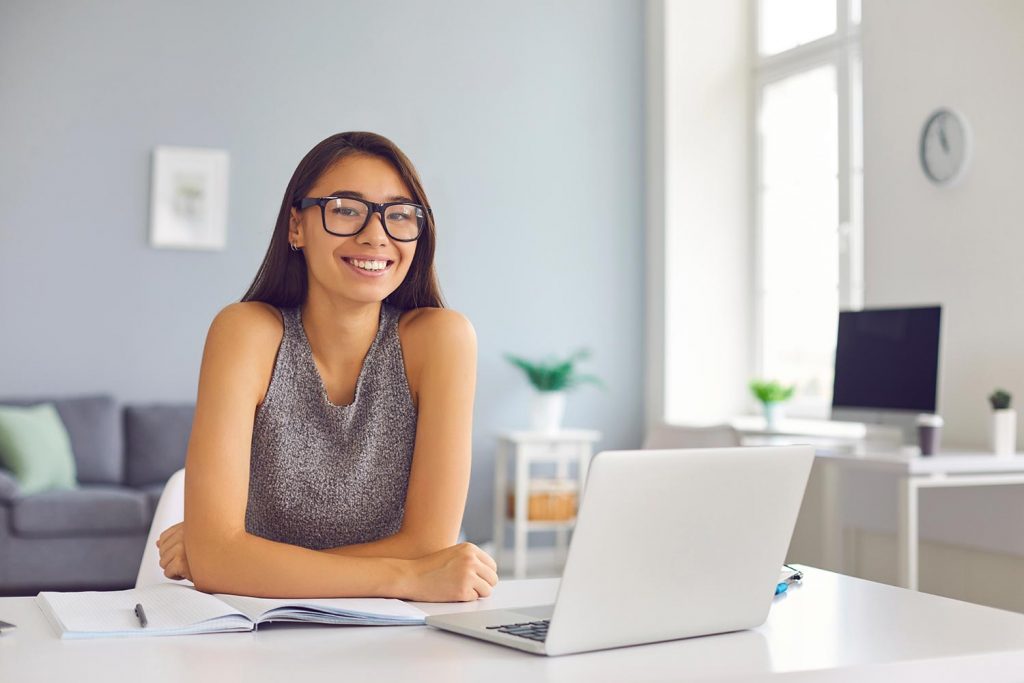 Better together: a seamless combination of CSS and CIS to empower utility customers 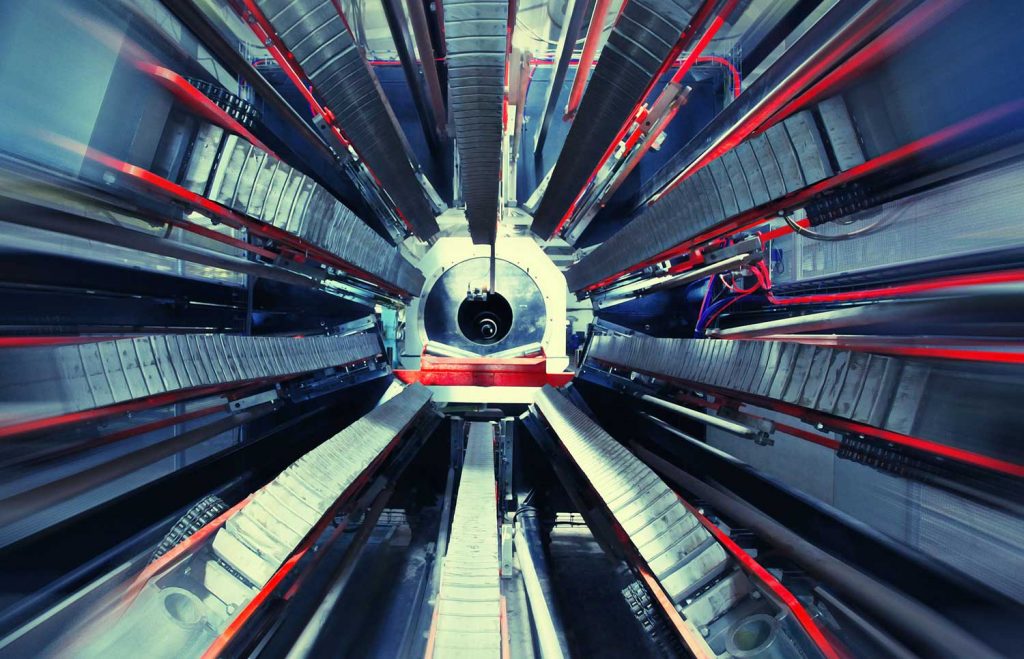 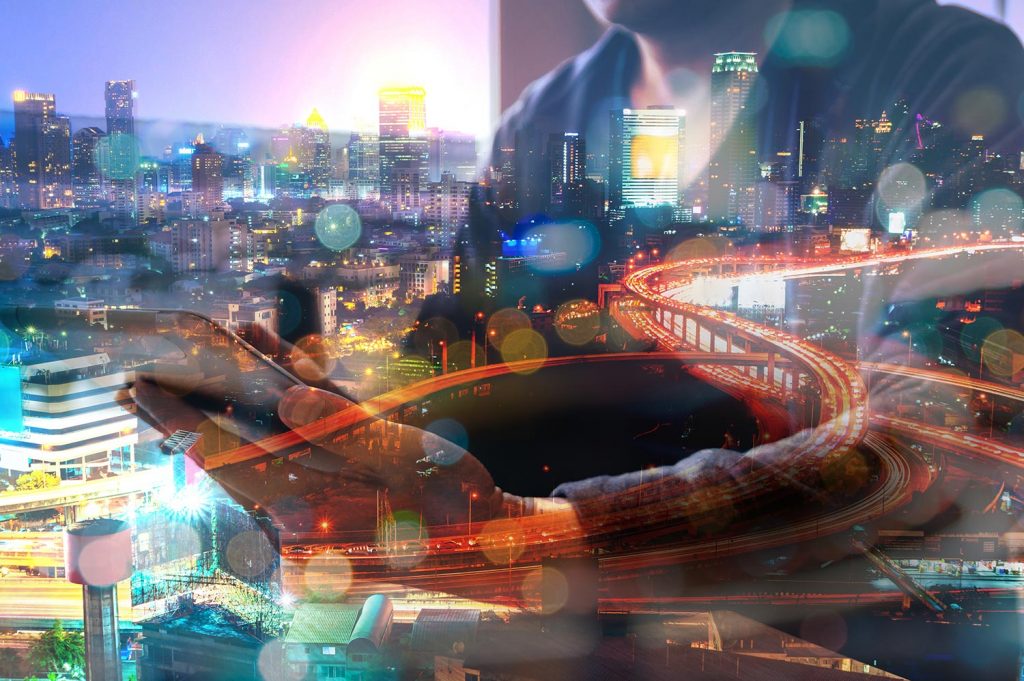 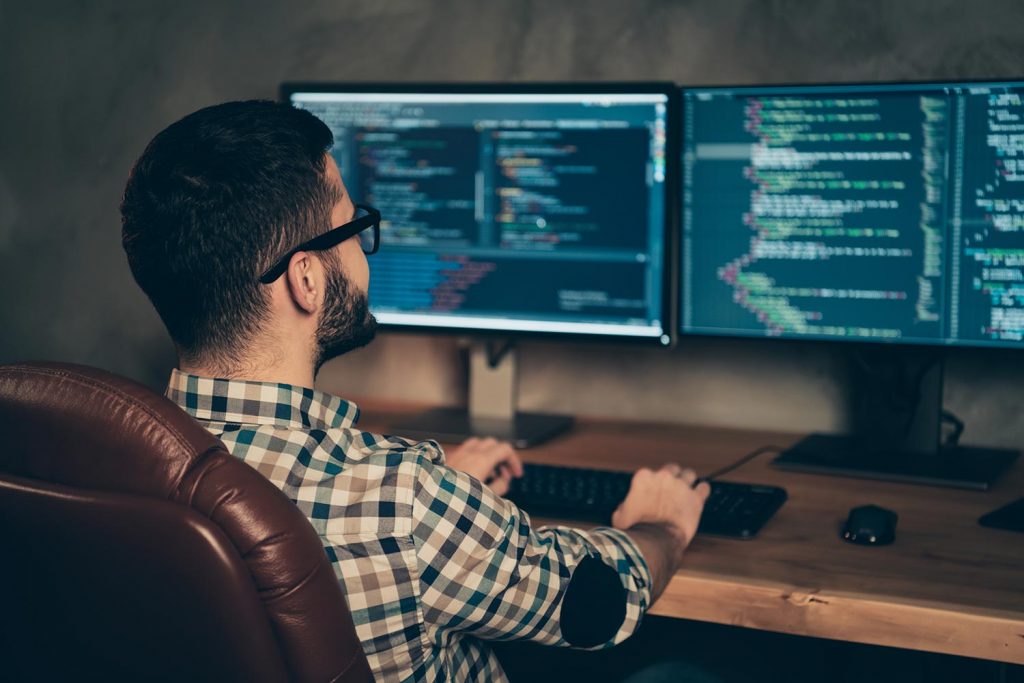 Out of sight, always in mind: Open Smartflex’s reliable and efficient remote implementation 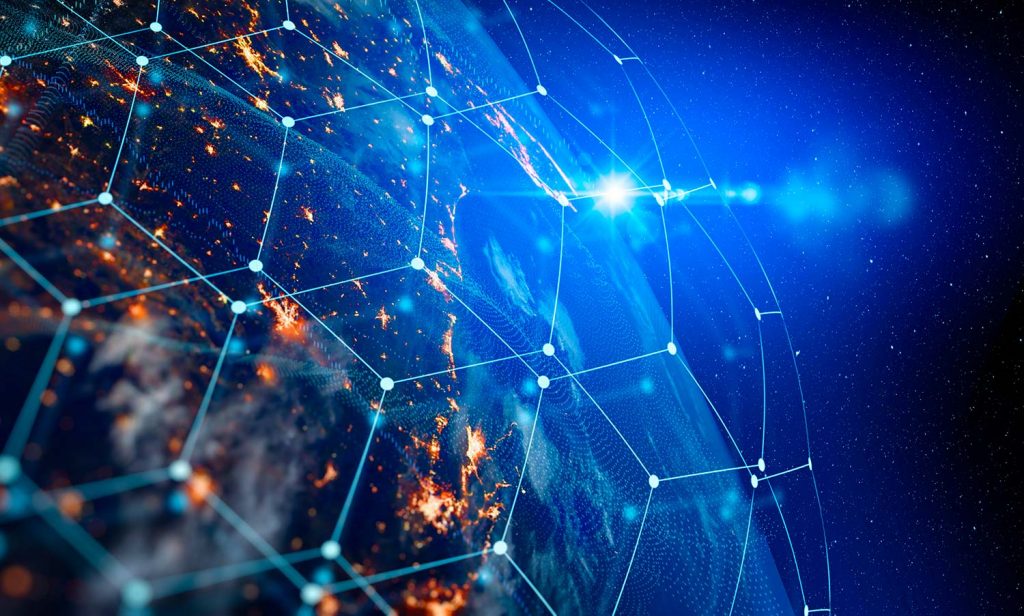